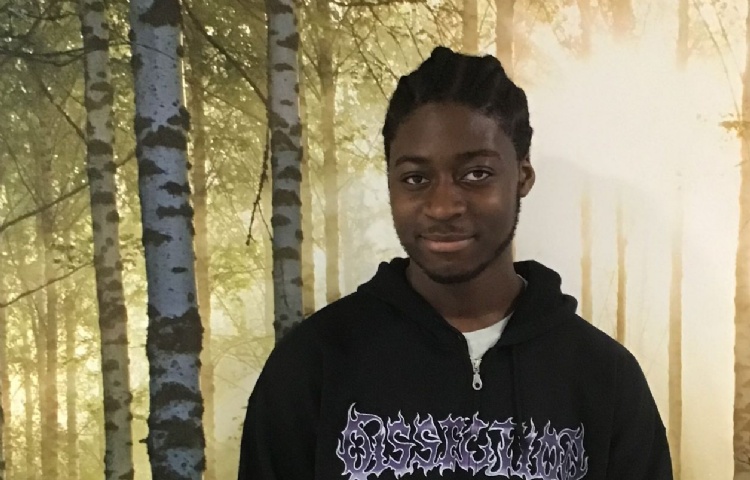 I would say to anyone who is just starting at Ada, try your best, take all opportunities but also do not be afraid to ask your teachers for help – use them as much as possible, they will make the difference.

Aaron, an apprentice software engineer at the BBC, has seen his career in tech soar since leaving Ada, which he puts down to the great teaching and extra support he received there.

As he approached the end of GCSEs, Aaron came across Ada while searching online for post-16 options. Having enjoyed computers from a young age, he was attracted to the college and the opportunity to learn about something he loved.

“I was lucky to have a specialist college within reach – I know lots of people who would love to study at Ada, but it is just too far, and it would be great to have more colleges like this around the country.”

While initially worried about how he would adjust to new subjects, he enrolled for a Level 3 BTEC in Computer Science and Graphic Communication A Level, and has never looked back.

Key to this was Ada’s teachers – all were experts and brought many different perspectives to his subjects, which he believes helped him to build a really strong foundation of knowledge. But it was their pastoral care that he really remembers. Prior to Ada, Aaron was not always very confident and sometimes felt disheartened by set-backs. His teachers’ encouragement, willingness to give extra support when he needed it, and desire to see him achieve his goals, helped him develop self-belief and “feel on my game.”

“I would say to anyone who is just starting at Ada, try your best, take all opportunities but also do not be afraid to ask your teachers for help – use them as much as possible, they will make the difference.”

During his time at Ada, Aaron threw himself into the many business networking opportunities, conferences and talks on offer. On one occasion, while presenting with his peers for an industry-led project, Aaron was given a massive boost when one of the senior executives from the company recognised him and turned out to be someone he had met through college! “To be recognised, to have someone know your name and know you were starting to build a network was amazing.”

Aaron does not believe he would have had these opportunities or got where he is now without Ada. One area where he believes Ada really added value was in its careers advice, which he believes is so much better than anything his friends studying elsewhere received. “Most of my friends had to sort out their post-18 courses themselves, and some ended up doing the wrong thing and have since dropped out. Ada helped me at every stage.”

Throughout his time he worked closely with a coach, who helped him with his applications, guided him on how to express himself and sell his skills and personal attributes, and prepare for interviews.

All this stood him in good stead and meant he was successful in securing his BBC apprenticeship. “None of this would have happened without Ada.” Aaron’s two-year Level 4 Software Engineer Apprenticeship will lead to a job as a BBC Technical Assistant and the next stage of what promises to be an exciting career.