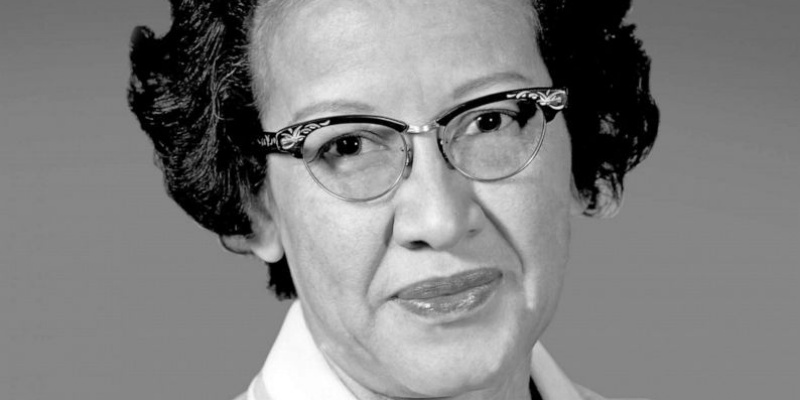 With last month’s 50-year anniversary of the 1969 Moon Landing, it was hard not to notice the many documentaries, interviews, and articles that circulated our social media feeds and TV channels. It was wonderful to learn in more detail the incredible feats of bravery, and the incredible minds, of the astronauts and scientists that made not just the moon landing possible, but the many space exploration missions that succeeded it. Astronauts like Neil Armstrong and Buzz Aldrin have, deservedly, made many appearances in the aforementioned documentaries and inspirational social media posts, and…that’s great…but we’d like to pay homage to some of the lesser-known astronauts and scientists from the last 50 years. Perhaps you’ve already heard of them but, if not, we implore you to read up on their stories; they really are out-of-this-world (sorry).

Katherine Johnson, a mathematician, played an integral part in the 1969 Moon Landing. Having forged a career at NASA, she had an eye for meticulous detail and a brilliant mind. Her status as a woman of colour necessitated the need for her to be confident and assertive of her own abilities, at a time when the contributions of women of colour were often misrepresented or ignored entirely. Katherine was responsible for calculating the trajectory of the 1969 moon landing. Before that, she calculated the trajectory of the 1961 space flight of Alan Shepard, the first American in space. Her reputation for the accuracy of her calculations meant that when John Glenn was getting ready to become the first American to orbit around the earth, he refused to fly unless Katherine herself verified the calculations of the mission. Katherine went on to have a 35-year career at NASA. She was awarded the Presidential Medal of Freedom by Barack Obama in 2015, and recently celebrated her 101st birthday.

Ronald McNair was a NASA astronaut and physicist who grew up in the racially segregated South in the 1950s. At this time, Ronald experienced regular racial discrimination and grew up understanding that if he wanted to succeed, he had to fight for his right to learn, and to be heard. At the age of nine, his local library refused to allow him to check out library books, as only white people were allowed library cards. He refused to leave until they allowed him to do so, eventually leading to the full desegregation of the library – which is now named after him. Ronald became the second African American in space, although his career was tragically cut short when he died during the launch of the Space Shuttle Challenger in 1986. McNair was posthumously awarded the Congressional Space Medal of Honour in 2004.

After applying to NASA in 1978 Sally Ride was one of 35 people chosen from 8000 applications as part of NASA Astronaut Group 8. In 1983, Sally became the first American woman in space. Unfortunately, the media often focussed more on her gender than on her profession, with journalists asking her questions like, ‘Do you weep when things go wrong on the job?’ and ‘Will the flight affect your reproductive organs?’ Sally (somehow) managed to keep her cool in the face of these sorts of questions; with her eye solely on the job at hand. After leaving NASA, Sally was eager to educate more children, especially girls, about the joys and intrigue of space exploration, co-founding Sally Ride Science which creates fun and entertaining science programs for children.

In 1989, After seeing an ad in the newspaper which read ‘Astronaut wanted: no experience required,’ Helen Sharman – along with 13,000 others – applied. She was accepted and joined Project Juno, a Soviet-British mission, becoming at the age of 27 the first British Astronaut in space (beating Tim Peake by 24 years). Helen is still working to actively promote science to children, and inspiring young girls to pursue their ambitions.