A Story About Girls in STEM, Positive Role Models, and Fulfilment at Work 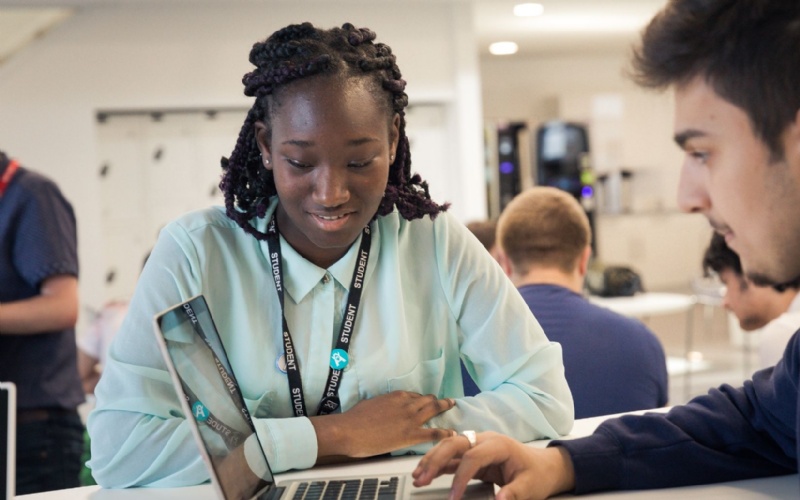 I work for Ada, the National College for Digital Skills, we exist to make the talent pipeline into the tech sector more diverse, gender equal, and totally prepared for careers in tech. We have a culture the bears out that mission and values that aren't just written on the wall, but are lived.

I have a five year old daughter who is obsessed with space. She can talk for hours about Jupiter's Great Storm or the Curiosity Rover. She's genuinely excited that in several million years Mars might get a ring around it. She has a space helmet she sleeps in even when you remove it during the night. She’s also starting to have something else:

"Mummy, what if people think liking space is silly?" Zipping up her hoodie to hide her NASA shirt.

"Conformity to social expectations, gender stereotypes, gender roles and lack of role models continue to channel girls' career choices away from STEM fields," reported Microsoft's 2017 Closing the STEM Gap study. We know that there is a drop off in girls studying and pursuing STEM subjects as they get older. It’s a concept I’m very familiar with and Ada exists to help combat it, but this was the first time I'd seen it start to happen first hand and it was heartbreaking.

I’m very fortunate to work in a place where a girl tamping down her passion for science because she was embarrassed by it was never going to stand. I told my colleagues about it and the next day one arrived at work with a letter encouraging my daughter’s interest and even giving her an experiment to try. Later my daughter visited our campus and my colleagues talked to her about space, computers, and learning in general; she left knowing that she’d be welcome at Ada one day.

A few weeks later I was lucky to be invited through Ada Founding Partner Bank of America Merrill Lynch to meet Helen Sharman, the first British astronaut. I told her the story of my daughter and Helen generously sent her a message: “You’re a girl. I’m a girl. Girls go to space. Cool!” How many five year olds have their passion validated by an actual astronaut? Watch the video here!

For now my daughter’s interest continues, it may not forever, but I hope if it wanes it will be because she’s interested in something else, not because she’s embarrassed. We can’t all be astronauts. Not yet anyway. But we could all still play a part. We can stop letting it go when girls are given messages that STEM isn’t for them. We can make sure they know it is.

We can act as role models and coaches, encouraging girls to move forward and helping them understand the opportunities out there for them to achieve, explore, create. We can challenge structural inequality that exists in our workplaces and communities. We can use our networks to make meaningful connections for girls who might not otherwise have them. We can use our own lives to model that STEM is for anyone who wants to pursue it. If we all went out of our way to encourage girls’ interests in STEM then that message would start to become the norm. We can do that.

This all underlines the importance of role models and active encouragement from a variety of sources. It also highlights how lucky I am to work with colleagues who go out of their way to encourage curiosity in young people and in a context that means I get to meet inspiring, passionate people who care as much about diversity in STEM as I do. If you want to come work with Ada have a look at our jobs page or reach out to find out more about volunteering.

This blog was originally published here.